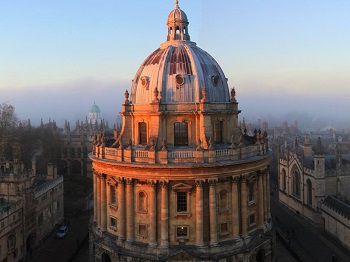 Oxford is surging ahead of London in the race to become emissions-free after outlining plans to ban all non-electric vehicles in parts of the city by 2020.

The city is set to become the first place in the UK to ban all polluting vehicles from some areas within just three years.

The proposals would initially prohibit all petrol and diesel vehicles from the city centre's streets, including cars, taxis and buses.

The ban goes a step further than plans outlined by the Mayor of London, Sadiq Khan, who is set to introduce the Ultra Low Emission Zone (ULEZ), which will impose an additional charge on the most polluting vehicles.

Oxford city council plans to launch a six-week public consultation on the proposals on Monday.

"All of us who drive or use petrol or diesel vehicles through Oxford are contributing to the city's toxic air. Everyone needs to do their bit - from national Government and local authorities to businesses and residents - to end this public health emergency."

Experts say the scheme could cut levels of harmful nitrogen dioxide significantly - down by as much as 74 percent in one area.

Local businesses could be hit hard, however, costing bus operators, taxi firms, haulage companies and councils around £14m. Anyone driving a non-electric vehicle is likely to receive an automatic fine of £60.

Oxford city council and Oxfordshire county council then plan to spend £7m on a broad range of improvements, including a comprehensive range of relevant infrastructure changes and new CCTV and licence plate recognition software. Both councils will also be required to replace their bin lorries and gritting vehicles.

The councils have said most of the costs will be back-loaded to the second half of the next 18 years, allowing them time to budget.