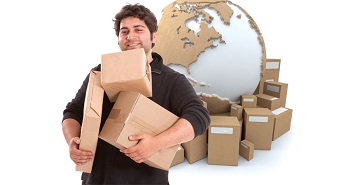 Driven in large part by ecommerce, parcel shipping volume grew by 48% from 2014 to 2016 across 13 major global markets, going from 44 billion parcels in 2014 to 65 billion in 2016, with projections of annual growth between 17%-28% over the next four years, according to a study by Pitney Bowes.

The United States (13 billion) and Japan (9 billion) were among the largest markets by parcel shipping volume. In terms of investment, the U.S. ranked highest, spending $96 billion on parcel shipments, followed by China at $60 billion and Japan at $22 billion.

On average, the other 12 major markets studied by Pitney Bowes, excluding China, have seen parcel shipping volumes grow 4.3% annually since 2012, with growth projections of 4.5%-5.4% each year through 2021.

“The continued rise of ecommerce globally is keeping the parcel shipping market strong through 2021 as consumers are increasingly looking to online shopping for convenience, price and availability of products from around the world,” said Lila Snyder, executive vice president and president, Global Ecommerce, Pitney Bowes in a release. “As consumer expectations continue to rise, shipping technology and service providers will need to help retailers and marketplaces meet those demands.”