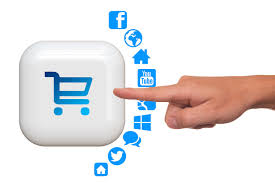 A row of metallic chutes, stretching almost half a kilometre, ascend diagonally into a mass of steel gantries where conveyor belts whirr overhead.

Some of these chutes — called booms — spit out parcels, while others gobble them up. Yet the human hands that feed and tend the machines here are few. This is Europe’s largest parcel hub, a £100m state of the art facility recently opened by DPD in Leicestershire that hints at a future where technology largely replaces labour at the processing core of logistics. For the main, people are only involved in unloading and loading, as well as monitoring the operation from a nerve centre.

“You just aren’t going to handle the volumes by sorting manually,” says Justin Pegg, who manages the centre. It reveals the transformation under way in the UK’s £8.3bn parcel delivery market, which is rapidly expanding in response to the sharp growth in online shopping. Ahead of the discount bonanza of Black Friday and Cyber Monday, which kicks off the Christmas peak season, carriers such as Royal Mail, Hermes, UK Mail and Yodel have been preparing to handle an expected £2bn of web orders over the two days — a 30 per cent increase on last year, according to forecasts by Experian-IMRG. “Peak [delivery] season has been pulled forward by two weeks,” says Dwain McDonald, chief executive of DPD. “In our world if you crack Cyber [Monday] the only thing that can beat you is snow”. Preparations include investments in hubs, vehicles fleets and recruitment drives — but also attempts to convince retailers to tone down promises of speedy delivery times. This will be crucial to avoid the chaos that marred some operators’ performances last year and saw the collapse into administration of City Link on Christmas Eve, analysts say.

Frank Proud of consultants Apex Insight says: “It isn’t just high technology. People ran into problems where they didn’t have enough room in hubs or depots and had to pile parcels outside in the rain.” Even so, industry figures say innovation has underpinned double-digit annual growth of recent years at DPD, an express carrier owned by French state-backed La Poste. Three conveyor belts loop its 470m-long “shed”, where a parcel can enter the system, be scanned and sent to one of 172 possible exit doors within 90 seconds. Once running at full tilt, the facility will be capable of sorting 70,000 items an hour and the company expects to process more than 1m parcels on its busiest night.

By contrast, Royal Mail’s national distribution centre in Northampton has a slightly antediluvian air. Workers wait for metal cages to be filled with letters and parcels, before rolling them across the warehouse floor. It is evidence of the scale of the challenge facing Royal Mail as its management embarks on a modernisation of the 500-year-old business. But changes are afoot as the legacy postal operator clings to its dominant share of the parcel market.

The Northampton centre now operates on Sundays and has extended the last time it will accept dispatches from retailers. Royal Mail is also introducing equipment such as “finger scanners” that allow workers to pick up and scan parcels more efficiently, as well as handheld smart devices for 76,000 frontline staff at a cost of £130m. Automated technology is being launched at its busiest centres and since late summer, some parcels are sorted and labelled by machines so they can be tracked electronically.

Nick Landon, managing director of parcels at Royal Mail, says its size and reach play to the company’s advantage in peak season. “Our scale allows us to flex up and down in peak season more than other networks,” he adds. Coping with the rush will be even more important for Yodel. The privately owned carrier suffered a consumer backlash last year as some parcels went undelivered for days. As many retailers were caught out and their warehouses mired in backlogs, Yodel stopped accepting consignments for two days after being swamped with half a million more parcels than forecast.

To avoid a repeat the company has invested £20m to develop a new website, purchase equipment and vehicles, and improve training. It is seeking 7,000 seasonal part and full-time drivers — a 40 per cent increase on last year. It has also called on large retailers to offer fewer next-day arrivals and will only accept parcel volumes agreed with clients in advance. Yodel declined an interview but says: “Plans are in place to process record volumes of parcels this year.” Yet the upshot of all this expansion is even fiercer competition in an already crowded market, not helped by Amazon’s move to develop its own delivery network.

Many carriers have spoken of pricing pressures, while UK Mail and DX Group, two smaller operators, recently suffered share price falls on the back of anaemic financial performances. Rob Byde, analyst at Cantor Fitzgerald, says: “All the major carriers have a lot of new capacity to fill. Although headline numbers for Black Friday look healthy you will see quite an acute margin squeeze in the fourth quarter. Investors are very nervous”.