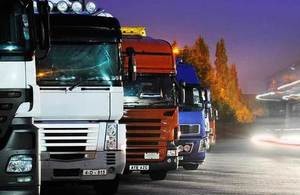 A dramatic increase in the number of road freight companies going bust highlights the urgent need for a cut in fuel duty to prevent further business failures.

Official figures show the number of freight firms filing for insolvency between July and September was almost double the same period last year and has reached its highest level in five years.  In the three months up to September 2016, 32 UK road freight companies declared insolvency.  A year later, the figure had reached 59.

The sharp increase illustrates the impact of rising fuel prices and a weakening economic outlook on the logistics industry.

This increase in logistics business failures should raise a warning flag for the government.  While the figures are still relatively small, they show a dramatic turnabout in fortunes for the freight transport sector.  Over the past six years, the number of operators declaring insolvency had been gradually falling.  This sudden rise is extremely worrying and needs addressing as a matter of urgency.Research shows the price of diesel accounts for nearly a third of the operating costs for an average 44 tonne truck. Just one penny increase in the cost of a litre can add £470 a year to the cost of running one of vehicle.

Many companies run fleets of hundreds or even thousands of vehicles and the resultant cost of a duty rise can have a significant effect on operating margins and future solvency.

Fuel price increases adversely affect freight operators of all sizes. For larger fleets, their scale means even small rises can add thousands of pounds to the balance sheet.  Smaller companies are often running on very low profit margins, so any increase in the cost of fuel can push them perilously close to being unprofitable.

Every household in the UK relies on the successful movement of freight by road, whether it’s delivering food to the local supermarket or transporting construction materials to build new schools and hospitals.  That’s why our formal budget submission calls for a cut in duty alongside other measures to support the freight industry and ultimately provide a valuable boost to the economy as a whole.

The UK remains a leader in logistics at a global level, ranked in the top ten countries in terms of logistics performance, and the sector contributes 11% of the UK’s non-financial business economy.  In 2016, 2.54 million people were employed in logistics in the UK, approximately 8% of the UK’s workforce.