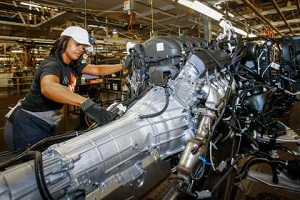 Of the UK-built cars manufactured in 2017, 24,276 were destined for UK buyers, meaning 28.1 percent fewer cars were built for the domestic market in November 2017 compared to November 2016.

That decline was buoyed somewhat by figures for exported cars, however, with 137,214 vehicles made in the UK for export in November 2017 - a 1.3 percent increase over November 2016, and equivalent to 1,712 more vehicles.

Car Tech A to Z: R is for.Commenting on the data, SMMT chief executive Mike Hawes, said: “Brexit uncertainty, coupled with confusion over diesel taxation and air quality plans, continues to impact domestic demand for new cars.Hawes went on to say it was “good to see exports grow in November”, but warned the motor industry requires “clarity” regarding EU transition agreements to ensure “future growth and success” in the sector, which accounts for 13 percent of all exported UK goods.