Will The Dawn Of The Driverless Car Be Hindered By Hacking? 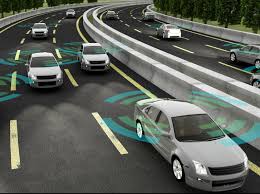 As we move closer and closer to a future where driverless cars are normal, we take a look at whether we should fear the hackers taking over our cars.

Talk of the Tech

Driverless cars are the most talked about technology development for decades. Tempted by the idea of transforming the logistics, transport and personal travel industries, big tech companies like Uber and Google are investing millions in the race to become the first to mobilise unmanned vehicles.

But what do the public think about it all? The concept of getting your Amazon order by robot-car is one thing, but what about putting your most precious cargo, your child (or even your pet!) into an unfeeling, unthinking motor car?

With the technology world advancing at a rapid rate, a survey carried out by Expert Market asked participants across the UK how they felt about the advancement of driverless car technology and the impact they believe it will have upon society; tackling everything from how much they trust the technology to which loved ones they would be happy to send off in an unmanned cab.

The survey found that 85% of those asked had major concerns about driverless technology, with particular fears being raised around the prospect of the vehicle being hacked or interfered with.

Alarmingly, the results reveal that the majority of people wouldn't trust a driverless car with their pets (only 20 percent would), but they would be happy to send their best friend (43 percent would) or spouse (30 percent) in a driverless cab - despite their concerns about hacking and safety.

The research also found that 54 per cent of people said they see the use of driverless car technology to transport food, goods and people as a leap forward and would welcome this advancement.

The main fear of the public is that the car or steering system might malfunction and fail, 58 per cent of respondents were concerned about this. The next most prevalent fear, chosen by 53 percent of participants was that driverless cars could be easily intercepted and their cargo was stolen. Half of the participants believe we should be concentrating on making drivers safer, not just cars.

John Goggin, CEO of leading logistics company Movolytics, says, "In the race to be the first to get driverless cars on the road, it seems these companies have failed to build up consumer trust in the technology. Getting buy-in from the public will be an essential part of making a success of driverless cars, so they will have to remedy this in order to get the global reach they are looking for."

The race may be well underway but car manufacturers haven't consulted the public as to whether they will trust the technology enough to feel safe.