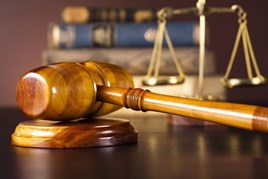 A lorry driver has been given a six-month prison sentence after the Driver and Vehicle Standards Agency found he had not taken enough rest breaks.

Charles Dermott Byrne of Davis Street, Bristol was employed by FB Transport Ltd when his 32-tonne lorry was stopped by DVSA staff. After they downloaded Mr Byrne’s drivers’ hours data, enforcement officers found he had been using his brother Liam Byrne’s driver card.

By using his brother’s card, Byrne had been cheating drivers’ hours rules and carrying on driving without taking a break. This meant he could have been driving tired, putting other road users at risk. By law, lorry drivers must take a 45 minute break after 4 ½ hours of driving.

Mr Byrne admitted to having done this a couple of times, but closer analysis by DVSA showed that he’d used his brother’s card on 21 different occasions between July 2016 and February 2017.

Mr Byrne then admitted to using his brother’s card to conceal repeated breaches of drivers hours rules. Not only had he deliberately broken drivers’ hours rules, he had also deliberately falsified his driving record in an effort to deceive DVSA staff.

Mr Byrne was convicted of 21 counts of knowingly making a false driver record (analogue or digital) and given an immediate six-month custodial sentence.

Last year (2016/17) 6,637 penalties totalling £1,487,750 in fines were issued to lorry drivers or operators who violated drivers hours or tachograph rules. Of these, 12 resulted in prison sentences and 30 resulted in suspended sentences.