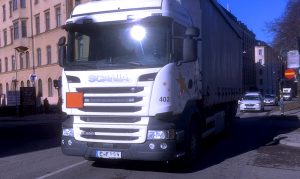 The Government has introduced legislation on cross-border haulage as the UK continues its preparations for life outside the EU.

It says that its overall aim in negotiations with the EU is to maintain and develop the existing liberalised access for commercial haulage, as part of the wider future partnership.

However, it says, it is possible that the future deal with the EU could require a form of permitting system and the Government will need to have legal frameworks in place to introduce a new administrative system if required.

The Haulage Permits and Trailer Registration Bill, which was introduced by Baroness Sugg in the House of Lords yesterday (Thursday, February 7), gives the Government this flexibility, it says.

The Bill aims to give the UK the powers it needs to support UK hauliers to continue operating internationally after the UK leaves the EU.

James Hookham, deputy chief executive of the Freight Transport Association (FTA), said he supports the Bill as a “sensible contingency measure”, but one that exporting and importing businesses hope “never has to be used”.

He continued: “Any decision which will enable the frictionless movement of trade to continue between the UK and EU is to be welcomed, and the UK’s logistics industry needs reassurance that ‘business as normal’ can continue throughout the negotiations and transition period.

“We also support the Government’s objective of ensuring that no limits are set on the number of goods vehicles crossing between the EU and UK after Brexit, to ensure that Britain and its European neighbours can maintain an effective trading relationship.”

The transport secretary, Chris Grayling, highlighted the importance of the UK haulage industry to the UK economy. He said: “Our road haulage industry is right at the heart of the £110 billion of trade that takes place between the UK and EU every year.

“We believe reaching an agreement to continue the liberal access enjoyed by both sides is in everyone’s interests and remain confident we will do so. But I also understand that hauliers are planning for the years ahead and want to have certainty that any future deal can be implemented smoothly – so this Bill ensures we have plans in place if the deal requires a permitting system.”

Key elements of the bill include:

Some European countries have agreements with third countries which require a permit as a condition for hauliers to operate across borders. The Bill aims to ensure the UK is prepared to manage the issuing of permits should this be needed as part of post exit arrangements.

Through a separate parliamentary process to the Bill, the UK intends to ratify the 1968 Vienna Convention on Road Traffic. The convention was introduced by the United Nations to build on earlier conventions that enable international road travel and increase safety by establishing common traffic rules.

Under the convention’s terms, access to foreign roads is only guaranteed for registered motor vehicles and trailers. The bill will therefore enable the UK to introduce and enforce an international trailer registration system. Mandatory registration will apply primarily to commercial trailers travelling internationally.

The Road Haulage Association (RHA) says it has concerns regarding Government’s latest legislation on cross-border haulage as the UK continues its post-Brexit preparations.

RHA chief executive, Richard Burnett, said: “While the RHA whole-heartedly supports that it is the right thing for Government to be preparing contingency measures, the free-flow of goods to the rest of Europe must be maintained. It is therefore essential that the arrangements we have at present be continued.

“The Haulage Permits and Trailer Registration Bill is an enabling Bill to instigate a contingency to cover a negotiated settlement involving permits, or the worst-case scenario – that we get no deal.

“It is standard business practice to have an effective contingency plan in place if things go wrong. In this case we need to see clear Government commitment that it will seek an agreement that does not impose new permits, quotas or limits on UK international operators.

“The road freight industry needs clarity as soon as possible as regards what is being negotiated.

“The views of the RHA and the road haulage sector as a whole have been consistently clear. We want to see a system where licensed UK and EU operators can undertake international road haulage to, from, and through the UK and EU without any additional burden or cost.”