BRIDGE crossings in the UK have milked motorists for fines totalling more than £53million. 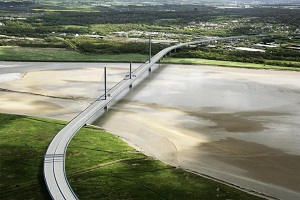 BRIDGE crossings in the UK have milked motorists for fines totalling more than £53million.

The Dartford Charge, in place at the Dartford Crossing, has netted nearly half of all its income from penalties - a massive 50 per cent rise on 2016.

Figures could've been even higher with operators forced to write off £42million of fines due to errors and administrative delays.

The same payment system is also in place at the new Mersey Gateway toll bridge in Runcorn which raked in fines of £50,000 in a single week back in November.

In total, the Dartford Charge raised £92million from fees and fines in 2017, up from £60million the previous year. And official accounts reveal the increase in revenue was down to increased enforcement rather than large volumes of traffic.

The crossing is a huge cash cow as construction costs of the two tunnels and bridge was paid off in March 2002.

Drivers are fined £70 for failing to pay - reduced to £35 if paid within 14 days. First-time offenders are let off with a warning letter.

Figures for the Mersey Gateway are expected to be just as high when full accounts are reported.

Greg Paulson Same day Couriers say "It's about time action was taken to help motorists pay rather than just raking in penalties unfairly - or scrap these ridiculous fines completely".

With more than two-fifths of Dart Charge income coming in the form of fines, there is obviously a problem with the scheme.

It seems that while drivers are still getting it wrong, there is little desire to rectify the reasons why people do not pay and simply reap the fines.