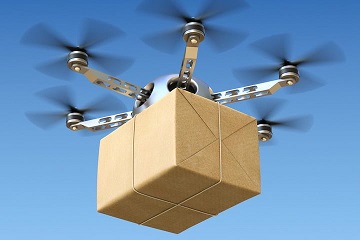 Drone delivery services have been up and running in the U.K. for some time now. The only problem is they’re illegal because they involve flying contraband into prisons.

A criminal trial in the U.K. this week highlights how the humble quadcopter is causing a real headache for prison operators across the country. The trial ended with eight people heading to jail after they were found guilty of using the diminutive flying machine to smuggle items such as drugs, weapons, and phones into at least five different prisons over a period of nearly two years.

The carefully orchestrated operation involved the drone gang, contacts inside prisons, and contraband worth up to one million pounds (about $1.34 million).

Police had evidence of at least 49 illegal drone flights, with some using fishing lines and hooks to fly the items close to prison cell windows. Inmates who were expecting deliveries used items such as broom handles to grab the goods from the drones as they hovered outside.

The gang came to the attention of police purely by chance after cameras set up in a field to record wildlife caught the perpetrators in action.

The footage showed several members of the gang in the field a short distance from one of the prisons as they prepared to send the drone, apparently a Phantom model made by leading drone firm DJI, on its mission over the prison walls.

Other security footage from inside the prisons showed prisoners entering cells before leaving with items that were believed to have been delivered by the drone.

Birmingham Crown Court handed out the heaviest prison sentence — seven years and two months — to Craig Hickinbottom, 35, who organized the illegal drone delivery scheme from behind bars where he was already serving time for other crimes. The key player on the outside was drone pilot Mervyn Foster, 36, who was given six years and eight months of jail time. Six others were given shorter sentences for their roles in the crime.

Judge Roderick Henderson, who oversaw the trial, told the court, “Prisons are difficult enough places to run. They contain people who are dangerous and vulnerable. Supplying things into prison that should not be there — drugs, phones, tools and the like — threatens proper management and creates real risks of violence and loss of control and discipline. To do that is desperately serious.”

As in the U.S., whose prison operators face the same challenge, the U.K. authorities are looking at solutions to prevent remotely controlled copters from carrying contraband over prison walls. Earlier this year, for example, a prison started testing a 600-meter-high (about 2,000 feet) “drone shield” designed to jam the signal and thereby disable any drone that flies close to its perimeter. Les Nicolles prison on the British island of Guernsey is thought to be the first jail in the world to use such a shield.