Running Your Diesel Vehicle Is About To Get More Expensive 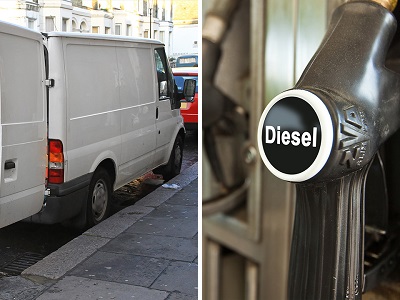 For courier companies and small business owners running diesel vehicles, it could be time to make alternative arrangements.

The introduction of ‘clean air zones’ and the rising price of diesel could soon make running a diesel van or car difficult for microbusiness owners.

While fuel prices across the board are on the rise, it’s diesel that’s seen the biggest surge.

The RAC have suggested that prices may stabilise in the future, but given the continued rise in price of crude oil and the uncertainty surrounding Brexit, that is far from a guarantee.

In another blow to drivers of diesel vehicles, the government recently accepted that their current plans to tackle air pollution were insufficient, and possibly even illegal.

This means that drivers of diesel vehicles - usually more polluting than their petrol equivalents - could soon be forced to pay to enter many city centres.

These new ‘clean air zones’ are already in place a in London and Birmingham with other major cities to follow.

The move - although good news for the environment - could be a worry for courier companies and owners of businesses who rely on work in city centres to keep afloat.

It may mean that they need to increase their rates to account for the extra charge, or take a hit to profits.