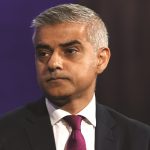 Sadiq Khan’s transport plan for London “totally fails” to consider freight operators and their customers and shows a “fundamental ignorance” of how logistics and supply chains work, the RHA has said.

The criticisms are made in the association's response to the mayor’s new London Plan, which sets out the capital’s strategic economic, environmental, transport and social framework for the next 20 years. RHA said the plan demonstrates a "lack of meaningful consideration given to freight”.

Pointing to claims made in the plan that freight vehicles are being run half empty, RHA said the plan demonstrates “a lack of understanding” of freight.

It added: “We do not suggest that trains have to be full all the time or in both directions. We do not expect every car to have five occupants all the time either, or buses to be full on every journey. Freight vehicles cannot be full at all times, waste collection vehicles start empty and fill up and fuel tankers start full and finish empty.

"It should be recognised that for a freight operator, the objective is to meet the customer's needs in the best way possible (which is) safely and cost effectively.”

RHA also criticised the London Plan for “appearing to have made an assumption that pollution levels will be exacerbated due to the increased demand for road freight. This assumption appears to be incorrectly based on operating pre-Euro VI engined HGVs, which have been replaced progressively since 2014.”

It also questioned the plans’ desire to cut the number of HGV deliveries in London through the use of vans and electric vehicles for final mile deliveries, arguing that it is “unrealistic to think that substantial quantities of construction materials, furniture, white goods, food and other bulky and heavy goods can be delivered to site efficiently by any other vehicle than a heavy goods vehicle.”

It added: “Authorities need to realise it would take twenty or more transit sized vans to carry the load of a 44-tonne articulated vehicle. Vans are not subject to drivers’ hours regulations, or other safety related legislation and will increase congestion. Anti-lorry measures and restrictions will add to congestion instead of creating traffic free flow. “

The RHA also highlighted the plan’s failure to address some key issues affecting freight in London.

It said: “No mention is made about lorry parking facilities, driver rest, or toilet facilities, where drivers take their mandatory break, daily and weekly rest periods. Special Types Goods Order load movements also need to move large infrastructure loads throughout London, there is no mention of how these load movements will be accommodated.

"There is an identified national shortage of lorry parking facilities and this vital part of the infrastructure has not been mentioned, or even considered. There is no mention of alternative fuel supplies, or charging facilities for electric commercial vehicles.”

RHA called for a number of measures to be embedded in the plan.

The RHA warned: “Without road freight, supermarket shelves would be empty and the London economy would cease to function. We see that road freight is taken for granted by policy makers. The time has arrived where road freight must be prioritised and provided for as part of London’s critical infrastructure.

“Road freight must be embraced and facilitated, not hindered, so that the population of London has the commodities it needs to sustain the growth the mayor seeks.

In response, the mayor's office said: "TfL is supporting the freight and logistics industry to reduce the impact of deliveries while ensuring they remain efficient and accessible across London. The Mayor’s draft transport strategy outlines a range of measures to help reduce the number of lorries and vans in central London during the morning peak by 10% by 2026.

"This includes identifying key freight routes across London which could be completed by rail and water as well as understanding the wider impact of “last-mile” deliveries and seeing whether they could be consolidated or retimed to help reduce congestion on a localised level – all while ensuring that essential road freight is able to deliver."