How To Appeal A Parking Ticket: PCN Appeals Explained 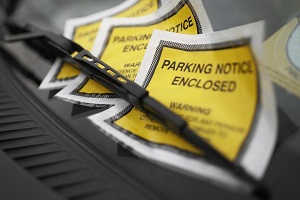 Got a gripe with a parking fine, clamping episode, or penalty charge notice? Appealing a parking ticket in the UK is quick and simple online

Around 10 million parking tickets find their way onto unsuspecting windscreens here in the UK each year. For council's, parking tickets, or more formally ‘penalty charge notices’ represent hundreds of millions of pounds in revenue.

Whilst not wanting to slate traffic wardens or councils, as they receive plenty of deserved abuse from angry drivers on a daily basis we're going to guide you through the parking ticket appeal process. So if you are unfairly ticketed, you’ll have a fighting chance of dodging the fine. Despite the anger that often surfaces when you receive a parking ticket, the truth is that the majority of the time the motorist is guilty of the offence and parking tickets do help keep our streets running smoothly - or at least as close to smoothly as we can expect. Also, the money raised from fines for breaking parking laws is used by the council in other important areas.

Of the millions of parking tickets issued each year in the UK, there is only a select few which are legitimately debatable. The majority of the population know when they are been caught fairly by law, pay the fine and go on their way grumbling about it for the next two months. However, some fines are issued unfairly and it is in these cases that one should grab a computer (or pen and paper), and write a well structured email (or letter).

Fortunately, the way to challenge parking ticket penalty charge notices has recently got a lot easier, thanks to a new website designed to allow motorists to appeal via smartphone, tablet or PC. The website is run by the Traffic Penalty Tribunal (TPT), and if you think you’ve got a good case for having been ticketed unfairly, it’s worth doing. Currently just 0.5% of drivers who get a fine appeal to TPT yet half of those who do are successful.

The TPT is the body that deals with parking ticket claims for most councils in England, apart from London. The website takes away the need for the slow process of submitting paper evidence via post. Video and photographic evidence can be uploaded on the new system, too.

Grounds for appealing a parking ticket are fairly limited, but the successful appeals are usually in cases when signage or road markings are shown to be unclear, there’s been a problem with a ticketing machine, or a traffic warden has been overzealous.

Fines for parking or bus lane contraventions (outside of London) in England and Wales will also be able to be appealed with the new service along with penalties for the Dartford Crossing and Durham congestion charge.

Motorists can appeal to the TPT if they think a penalty has been wrongly issued against them, but only after a challenge to the authority which issued the penalty has been formally rejected.

The online setup, will not only make it easier but quicker, too, with the TPT able to rule on cases in a matter of days rather than weeks.

Getting a parking ticket can be a frustrating experience, but the new portal makes the appeals process quicker, simpler and more transparent.

The platform has already generated considerable interest from other areas of the UK judiciary because it is fast, efficient, accessible and will bring cost savings to local authorities as well as simplifying the process for those appealing.