Switch To Electric Freight Vehicles Could Save London £900m By 2021 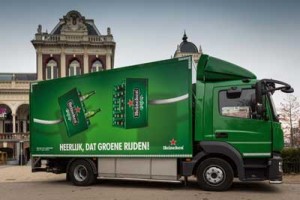 Switching 10% of London’s current truck and van fleet from diesel to electric by 2021 could save the capital £900m in reduced health impact and abatement costs, researchers have calculated.

Such a move would also shave 402 tonnes of NOx, 3.8 tonnes of particulate matter and 284,000 tonnes of greenhouse gas from the capital’s streets (see box below).

The results were presented at the final Frevue conference last week (21 June) – a four-and-a-half year EU scheme to assess the viability of electric freight vehicles in towns and cities.

This included direct results from the Frevue vehicles taking part in the trial, traffic modelling to assess future impact depending on electric freight vehicle uptake levels, and the resulting cost savings to be realised.

This included feedback from drivers and fleet managers, through to end customers and infrastructure providers. Some key conclusions found that: