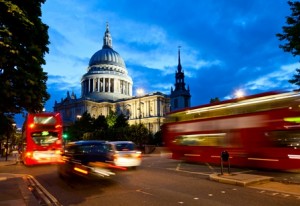 It is becoming increasingly difficult for haulage companies to make deliveries in city centres, as evidenced in a recent report looking at the obstacles to road haulage in central London.

The survey from the Freight Transport Association revealed that 96% of the capital’s haulage companies find it more difficult now than five years ago to deliver to central London locations.

Many of the obstacles they face are common to the nation’s largest cities – from restrictions on delivery times, to congested inner city roads.

Natalie Chapman, head of policy for London at the Freight Transport Association, said: “Delivering in an ever-growing city is a huge challenge but HGVs remain the most effective way of getting goods in and out so it’s vital to ensure this is done safely, cost-effectively and with consideration for the environment.”

She suggested a relaxation of rules governing night-time deliveries, and enforcing existing legislation on HGV movements, rather than introducing new rules for haulage firms.

Of course road haulage is not just about local deliveries within city centres – and long-distance routes can encompass high-speed motorway stretches too.

But in many cases, it is the ‘final mile’ of collection and delivery that proves most problematic, and reliable road haulage firms will always work carefully to complete every yard or metre of their routes as efficiently as possible, without unnecessary delays.

The survey found road congestion to be the biggest threat to effective movement of road haulage vehicles – even more so than rules and regulations.

Compliance schemes were close behind in London, while the challenge of looking out for vulnerable road users was equally close in second place.

Together, this paints a full picture of the obstacles road haulage firms face from all directions when delivering in major cities – from pedestrians and cyclists, to large numbers of cars on the roads, to rules and regulations handed down from above.