London Operators Hit With Lion’s Share Of PCNs, Yet 70% Successfully Challenged At Appeal 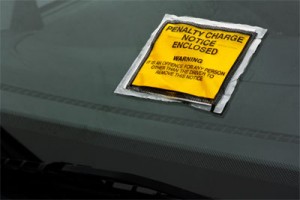 London goods operators are five times more likely to receive a parking ticket in London than anywhere else in the UK, according to a Freight Transport Association (FTA) survey.

Data from 85 companies that were issued between them a total of 16,043 tickets showed that 80% stemmed from London, with those fines also eight times higher than elsewhere.

A separate analysis showed a success rate of more than 70% when tickets in London were challenged.

FTA head of policy for London Natalie Chapman said this highlighted the fact that civil enforcement officers often handed out PCNs when drivers were delivering goods rather than illegally parking.

“Just because a truck is in a loading bay with its doors locked doesn’t mean it’s parked. The driver may have gone inside to get paperwork signed, or secured his lorry while making contact with the consignee,” she said.

“Better training is needed for enforcement officers to ensure they don’t ticket vehicles without just cause. Some operators are forced to employ people just to challenge tickets, or they pay a PCN appeals service to manage it for them.”