Could Bike Lanes Be Increasing Congestion In Urban Area's? 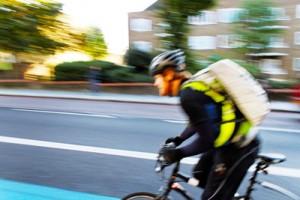 Speaking at the committee’s Urban Traffic Congestion hearing, the Stoke on Trent South MP questioned why road users “have been driving fewer miles yet their journeys are taking longer.”

He suggested the “loss of tarmac” from building bike lanes, pavement improvement schemes and road works is a factor in causing traffic delays and argued that giving vehicles more road space “does more for air pollution in places such as London than getting people on to pushbikes”.

“It speeds up the traffic and perhaps does more for air pollution in places such as London than getting people on to pushbikes.”

Flello also questioned the use of “nudge” factors, such as bike and bus lanes to encourage motorists to switch to other forms of transport. “The load of steel and cement delivered to a site on a just-in-time basis, now that’s not going to be nudged onto a push bike,” he said.

“It’s not very helpful if you have an empty bus going more quickly,” Stringer said, and called for a better methodology which would measure passenger use as well as journey times and punctuality, “to assess whether they should remain.”

In a statement clarifying his stance on bike lanes this week, ahead of the committee hearing, Flello pointed to TfL research which shows average traffic speeds in the centre of the capital fell to 7.8 mph last autumn.

“My fear is that a lot of it might be because of an increase in the impact of roadworks and the loss of tarmac for vehicles from the introduction of cycle lanes,” Flello said, and added: “Currently there’s a row going on between bike users who say they’re making things better, and road groups who believe cycle paths are crowding other vehicles out.

“I want to know if anyone’s done any credible research on the subject so we can get to the truth rather than constantly slinging mud. It’s in everyone’s interests to know what’s really happening.”