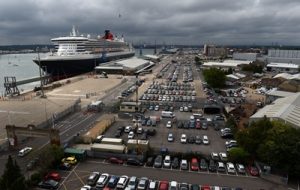 Commercial vehicles that aren’t Euro-6 compliant will have to pay a fine of up to £200 from 2019 to enter Southampton, according to the city’s council.

Tuck said that Southampton was currently home to a quarter of a million people and a major transport hub, including the biggest cruise port and second largest container hub in the UK.

Population growth during the next few years is expected to add 20% to current traffic levels alone, and city and surrounding area already has an air quality problem.

“We are one of the worst cities in the UK in regards breaching air pollution safety guidelines,” he said.

“While many HGVs are not at CAZ level, the idea is that the Sustainable Distribution Centre [run by Meachers Global Logistics] will be outside the boundary,” said Tuck.

Tuck added that as yet the council did not know exactly how many HGVs would be affected by the CAZ.

As with the other CAZs planned around the UK, private cars do not fall within its scope, something the FTA has criticised.

While not confirmed yet, penalties for non-compliant CVs entering the zone will likely be £100 to £200. Tuck added that CAZ rules prevent local authorities from using them as revenue raisers.

However, Stuart Banks, director at Portsmouth-based AR Banks, said the introduction of the CAZ would put pressure on smaller hauliers.

“As a small haulier who is trying to keep ahead of the innovations in safety to protect our employees and the public, I simply don’t have a bottomless pot of money to keep upgrading my lorries.

“We put our drivers through safe urban driving training, and will be shortly undertaking our first Driver First Assist course while the rates are hammered down by the big companies.”