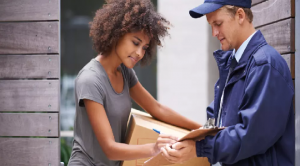 Given the choice, most people would prefer to use a private courier service for everything, however, the reason many countries have a public postal service is that unlike most private sector couriers Public Postal Services are not supposed to be profit driven

Regarding Private Courier service, yes it’s true that they can compete and in many ways outcompete the Post Office, but the real question is if one or two private couriers reign supreme in mail delivery and both decide that they’d rather not deliver to certain area’s or they’d like to raise prices.

The problems of course with most public services are typically the employees themselves who like anyone else want higher pay and safe secure retirements. The problem with this type of thinking in the public sector is that economies go up and economies go down. Meaning some years Private Sector is profitable other years the Private sector isn’t profitable.

If a private courier company isn’t profitable it has to find creative ways to be profitable, being that public services or public sector workers typically don’t understand the costs associated with running a business, they’re usually not incentivized to make any changes even when their operations aren’t cost-effective.

It would be better if the Post Office should have a small section of it dedicated mail delivery. The bulk of the operations should be sorting. The actual delivery of parcels in the public post office should be done primarily by private couriers who bid on delivery projects.