Do Couriers Need A Sat Nav To Do Their Job? 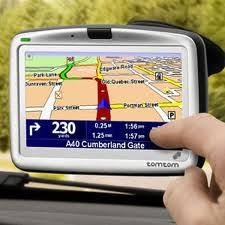 With sat nav being part of virtually every smartphone on sale today, you'd be forgiven for wondering why a courier would buy a dedicated device.

But, for couriers & courier companies, standalone sat navs still have several advantages. First, they're dedicated. It might sound obvious, but think about it: it does one job. No distractions such as phone calls, texts or notifications and no power worries.

Satellite navigation devices tend to have more options and features, and most have a non-reflective screen, like a smartphone. Plus, you can lend a sat nav to another courier driver.

Another advantage of satnavs concerns map data. With a smartphone app, either the maps are stored locally at the expense of a chunk of your phone’s storage, or they’re downloaded on the fly which means using up your monthly data.

With a dedicated unit, all your maps are stored locally in memory that you don't need to free up for other purposes. Plus, if you're driving in an area with poor mobile coverage, you might find yourself stranded with no map at all, while a dedicated sat nav always has its map data.

That said, smartphones can be great sat navs and some couriers still prefer them. A mount for the van would be required though. Also a USB adaptor that plugs into your vehicle (if it doesn't already have a USB port built in).

You'll also want a USB adaptor that plugs into your van (if it doesn't already have a USB port built in). You can use the smartphone's battery, but using the GPS reciever and screen for a few hours contiuously can easily drain a fully charged phone.

What to look for when buying a sat nav

It isn't enough for your sat nav to tick all the boxes for the features you're after. It's how it works in practice that counts. For example, any sat nav worth its salt will have a points of interest database which includes car parks, petrol stations, hotels, cafes, cash points and more.

But is the information any good to a courier using it on a day to day basis? Can the sat nav intelligently list potential points of interest based on your route, or does it merely list them based on distance as the crow flies?

And as well as speed warnings, another feature that will make your journey easier is lane guidance, so you don't accidentally leave the motorway at the wrong junction. Some sat navs even go as far as to show you a photo-realistic view of the junction to help you know where to turn.