Could An Electric Van Work For Your Courier Company? 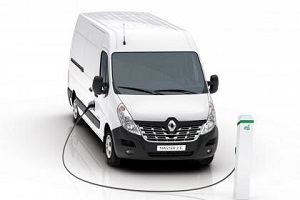 An electric van could be the perfect opportunity to cut running costs, but would it make sense for you and your courier company?

There's a massive change happening in the UK van market at the moment. While diesel definitely isn't dead, manufacturers are branching out to provide alternative fuels for buyers. That means petrol vans are making a comeback, and also hybrid vehicles are being trialed to. But probably the most interesting energy power that's available in the UK today is electric vans.

If you need a van to keep your courier company moving, then the running costs for that vehicle will be a key factor in your annual outgoings. While the modern diesel vans can deliver running costs on a par with large MPVs that will help to reduce your running costs, there is another way to help minimise your outgoings, and that's by buying an electric van.

Most economical vans and pick-ups vans are restricted by the distance they're able to travel on one charge, so they're only really suitable for short trips, while access to a charging point is an essential requirement for anybody who is thinking about running one. However, if these two factors aren't limiting your choices, then an electric van could be a great choice for your courier company.

The distance that you can travel on a single charge is going to be a major factor in deciding whether an electric van is right for you. At the moment, the two leading electric vans on sale in the UK are the Nissan e-NV200 and Renault Kangoo ZE. As both models use a similar electric drive system, they both have a claimed range of up to 106 miles. However, this can be shortened by cold weather, and as soon as you add a payload or passenger, or use the air-conditioning and heating, then this range will drop even further.