There Is No Such Thing As Safe Speeding Say The Police 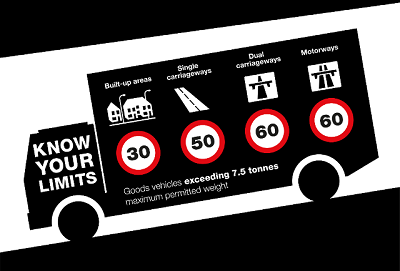 The speed limit is a limit, not a target. You have to drive within it to stay in proper control, there’s no such thing as safe speeding

Throughout this week (Monday 16th – Sunday 22rd April) police will be joining other forces across the UK and in Europe, to tackle this issue and highlight to motorists that travelling at illegal and/or inappropriate speed is the single biggest factor in fatal road collisions.

The higher a driver’s speed the more likely the injuries to themselves and/or to other road users will be severe or fatal in a collision.

A speed limit and not a target

People need to realise it’s a speed limit and not a target so it may be more appropriate to travel at a lower speed depending on the road conditions for their own safety. Drivers can become complacent about roads they are familiar with, causing them to be less alert to the road, and drive at a faster speed.

A few miles an hour over the speed limit or travelling at inappropriate speed can have catastrophic upon road users and their families, many of whom also suffer lasting a profound consequences from collisions where a loved one has been killed or seriously injured. Excessive speed will reduce the time you have to react to a hazard and further the distance it takes for you to stop.

The reaction time from seeing an emergency situation to actually placing your foot on the brake pedal is around 1 to 1.5 seconds in an urban area. At 30mph, then minimum total stopping distance would be 26m on a dry average road surface. If you travel at 35mph then the total stopping distance increases to 33.5m some 7.5m further.

The majority of commercial vehicle drivers do drive considerately and legitimately on our highways. However our far too many van drivers who are not aware of speed restrictions associated with their vehicles, it’s no excuse. To help drivers we have created the two images for goods vehicles of different sizes to help them remember their limits.