Dawn Of The Vampire Delivery? 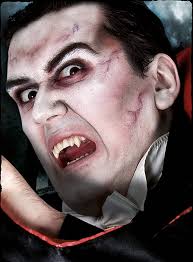 2018 could see the dawn of late-night deliveries, as retailers look to capitalize on the growing trend for night-time online shopping.

‘The new witching hour is not midnight, but 10.18pm. That’s the peak time for nocturnal purchases. But 10pm is also the time Amazon Prime Now, Argos and Tesco Now deliveries pack up for the night. Clearly there’s a gap between what consumers want, and what delivery options are now actually available.

“One in five consumers want pharmacy items delivered to them in the small hours, for example. And one in ten customers are still ordering things up to 3am. In a society increasingly used to instant gratification shoppers see items they must have right now – and these night owl consumers are prepared to pay handsomely more for such late-night deliveries. Retailers need to wake up to the potential opportunities for increased sales and better margins.”

The industry has the capacity, and capability, to service the vampire economy: “Make no mistake, late night deliveries can be done, given the right incentives. As one example, on November 7, 2017, the Xbox One X was launched, and such was the excitement surrounding the arrival of the new console that Argos upped the ante on its Fast Track service – delivering games to lucky shoppers at exactly one minute past midnight. Gimmick this might have been, but it shows the basic infrastructure is in place for small hours deliveries.

“Most couriers offer standard overnight courier delivery. That means parcels are driven through the night to be at a local distribution centre ready for final delivery from 8am. There’s no reason why some of these journeys can’t link up with the ‘last mile’ delivery to customers, rather than then be held waiting in the warehouse.

“One obvious difficulty with 24-hour deliveries is finding the drivers willing to work such unsocial hours. These concerns are very similar to the objections retailers faced when Sunday opening hours were first introduced in 1994. But, in the era of the gig economy, many people are choosing to work the hours that suit their lives; and the opportunity to earn a higher rate for night-time work is one that quite a number of delivery drivers would seize.

“For many shoppers night-time deliveries could prove a vital lifeline, and certainly give increased delivery choices. It won’t be surprising if the likes of Amazon, Argos or perhaps pharmacy networks are soon delivering much later into the night. Instead of scaring us, soon a soft tap-tap on our door late at night will be an exciting event, heralding the arrival of an eagerly-awaited purchase.”