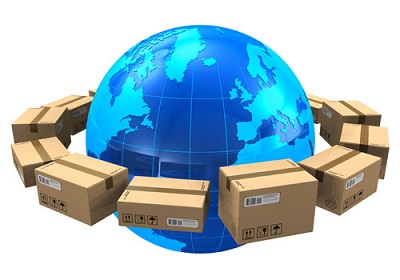 Apex Insight’s latest report: Global Parcel Delivery Market Insight 2018 reveals that the global parcels market was almost US$350bn in 2017, up from just over US$310bn in 2016.
Asia Pacific is the largest regional parcels market by value, accounting for around 40% of the global market. North America and Europe together represent a little over 50% of the market.
China is the key growth market, representing almost 60% of the Asia-Pacific regional total by value. Chinese volumes reached 31.2bn in 2016, over 50% up on 2015.
The US is still the largest country market in value terms, although China has surpassed it in volume. In Europe, Germany remains the largest market with the UK having been the fastest-growing of the main countries (7% CAGR).

Online retail is the main driver of growth in parcel delivery volumes. Global online sales approached US$2.3trn in 2017, having grown at a rate of 25% per year. The largest online retail country markets are the US, UK, China and Japan. Growth is high in both emerging and developed economies. China has had online retail growth of more than 40% per year. Globally, online now accounts for just over 10% of total retail sales, up from around 5% in 2012.
As the chart shows, there is little evidence of growth rates tailing off in countries – such as China and the UK – where online has the highest share of total retail.

Market trends
In response to the growth, and demands, of online retailers, a lot of effort is being put into developing better last mile solutions, both by incumbent carriers, large retailers themselves, and other parties such as independent parcel shop and locker networks
Leading online retailers, led by large marketplaces such as Amazon and Alibaba, are increasingly getting involved in delivery, reflecting the strategic importance of it to their business models. Their large volumes give them significant market power.
Carriers are investing in improving their information systems, both to provide better information on delivery to end customers and to improve their operational effectiveness
New technology is being applied more and more widely throughout carrier operations, from robotics in hubs to trials of drones and robots for the last mile and use of blockchain contracts
The traditional hub and spoke model remains very important, but some carriers and new entrants to the market are exploring both variations on, and alternatives to, it.
Same day deliveries are becoming more widely offered
Third party brokers continue to grow in serving the C2X segment, in particular in European markets, where there are often several alternative carriers
B2B parcel volumes are growing at slower rates than GDP in most markets as a result of several widespread supply chain trends.

Competitive landscape
The market is served by a combination of national postal operators, the global integrators and smaller, privately owned couriers.
The integrators have a global market share of around 37% by revenue. Postal operators have around 24%, with other private sector carriers having the remaining 39%. The integrators focus on international traffic, in particular in and out of their core markets of Europe and North America. This has a much higher revenue per parcel, hence their volume market shares are significantly lower than their shares by value. Asia and, in particular, China – where they have not been able to establish significant domestic operations – represents the biggest strategic opportunity, and challenge to their otherwise strong market position.
Some postal operators, such as the big 3 European operators (including DHL, owned by Deutsche Post), China Post and Japan Post, and also those in some smaller markets, have developed significant parcels operations. These have helped them offset the decline in their mail volumes. Most postal operators are strong in domestic services. Many also offer international services, via alliances and partnerships, which are usually competitively priced but cannot match integrator service levels.
There are a large number of other privately-owned carriers worldwide. The largest are the Japanese carriers, Yamato and Sagawa, the Chinese carriers: SF Express, ZTO, YTO, Yunda and Best Express and Hermes, which is strong in Germany and the UK and has a presence in other European countries.
UPS is the largest carrier by parcel revenues. However, FedEx has closed the gap since its acquisition of TNT Express, with third-placed Deutsche Post DHL around half the size. Despite their global profile, their large US domestic businesses account for the majority of UPS and FedEx revenue.

Outlook
We expect the market will continue to grow over the period 2017-2022. This is supported by expectations of continued online retail growth, both in leading home shopping markets such as China, the US, UK and Japan; and less-mature markets, which are expected to catch up, to a degree, over the next few years. The on-going globalisation of supply chains with increased reliance on just-in-time production leading to ever-higher dependence on parcel carriers is also an important factor.
We believe that China will overtake the US to become the largest market by value by 2019. The lack of exposure to the rapidly-growing Chinese domestic market means that the global share of the integrators is likely to continue to fall.
We see the two key strategic challenges for the integrators as being how to find a role in the Chinese market to give them exposure to its size and growth and how to work with the mega-retailers and marketplaces – eg Amazon and Alibaba – to benefit from their volumes without being marginalised by their potential for vertical integration.