Survey Reveals The Cleaning Habits Of Van Drivers In Britain 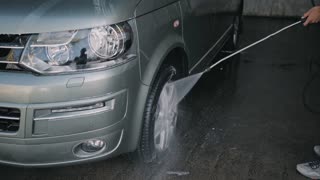 A new survey has revealed the real cleaning habits of van drivers in Britain, with Cambridge having the highest population where van man goes dirty and cleans their vans.

The research does not make pretty reading with:

When it comes to cleaning vehicles, 62% van drivers who use a van for their business said that they would rather pay someone else to clean it, than do it themselves, according to the survey for Gocompare.com Van Insurance.

The worst areas include:

The survey also found that a delivery driver was most likely to leave their van messy and unclean, with nearly a third saying that they never gave it a wash over.

London has some of the cleanest vans around – with 38% of business van drivers washing their vans inside and out on a weekly basis. But despite wanting to stay clean and fresh, it wasn’t through any work of their own: 70% admitted they didn’t do the cleaning themselves.

The only two locations cleaner were Belfast – at 44% with weekly full cleans – and Birmingham, with 40%.

While making time to clean your van is unlikely to be at the top of anyone’s to-do list, a van can be the face of your business so keeping it tidy only makes sense.