Is It Too Soon To Ban Hands-Free Mobile Kits In Cars? 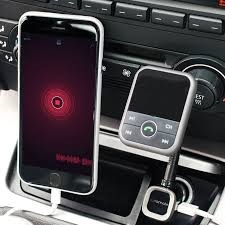 There is a growing debate about whether the Government should introduce a ‘blanket ban’ on the use of mobile phones in a vehicle – even if they are ‘hands-free’.

In March this year, the penalty for using a mobile phone behind the wheel increased to six points and a fine, though it is still legal to use hands-free kits, which allow motorists to take calls without actually having to touch their phone.

Road safety campaigners argue that drivers take their minds off the road and become distracted whenever they are on the phone, even if it is hands-free, and new figures from a Department of Transport survey show half of the public share these fears.

Using a hands-free mobile phone properly, to make or receive a short call, is arguably no greater a distraction than speaking with a passenger. Equally, drivers already engage in necessary behaviour which is perhaps more dangerous than taking a hands free call in the proper and legal way, such as checking the ‘blind spot’ which involves completely looking away from the road ahead.

So long as the autonomy in driving remains with the driver, so does decision making and discipline whilst at the wheel. There will always be distractions when driving, and self-discipline and a sensible approach to dealing with them should always be used.

Laws are already in place to cater for situations where the standards of drivers using hands-free mobiles drop below an acceptable level.

If talking using a hands-free mobile causes a distraction which jeopardises the safety or standard of your driving – or your general control of the vehicle – you may then be guilty of dangerous driving (minimum 12 month ban and potential prison sentence) or driving without due care and attention (between 3 and 9 penalty points or a disqualification).

Using a hands-free mobile whilst driving and, consequently, causing a fatal accident could also lead to a conviction for causing death by dangerous driving and anything up to 14 years in prison.

There is not yet a clear picture as to what impact the new penalties for using a mobile while driving will have in the long or short-term.

If they are proved to be ineffective, in time, there is perhaps a case for revisiting the issue.

But removing mobile phones completely from vehicles now, so soon after the new penalties have been introduced, seems like an unnecessary and arbitrary step.

Incidentally, the law as applied to hands-free kits also applies to interaction with touchscreens contained in the central console or dashboard of a car, as well as interaction with other inbuilt devices, such as the air-conditioning or radio.

While using these devices is not in itself illegal but if they cause the driver to lose concentration and engagement with the road ahead so that the standard of driving falls below what is expected of a competent and careful driver, this can give rise to offences such as ‘driving without due care and attention’ or even ‘dangerous driving’.

The same applies when you use features of your phone through the touch screen feature accessible on your central console. It is legal, because you are not be holding the phone in your hand, but it becomes an offence if the level of interaction with those features causes distraction and impacts the standard of your driving beyond an acceptable level as outlined above.