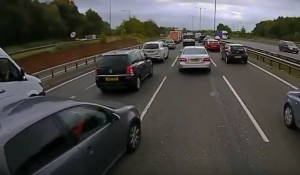 UK drivers have been hit with £35 million of fines for failing to renew their MOTs on time.

According to figures from the Treasury, almost half a million fines have been given out since 2012, benefiting the public purse to the tune of £7.5 million a year. Drivers in West Yorkshire have been the worst hit, with police in the area giving out a record number of fixed penalty notices for the infraction.

Critics suggest that the fines are being used as a revenue generator. There are calls for a new system of notifications to ensure that motorists know when their MOT is due.

Where do MOT fines go?

The money raised through MOT fixed penalties goes straight into central government coffers. It’s paid into the Treasury’s consolidated fund, which is often referred to as the ‘government bank account’.

Critics of the fines suggest that the fines are simply being used as a cash cow as the government struggles to raise further revenue from motoring.

How many people forget their MOT?

The figures on fines were secured by Carbuyer, who submitted a Freedom of Information request to 45 police forces across the UK.

In a separate poll, Carbuyer found that as many as 40 percent of drivers had forgotten to renew their MOT at some point.

Of those, more than a quarter had been up to a month late in renewing.

Although some individual dealers and garages offer automatic MOT reminders, there’s no central system in place like there is for Vehicle Excise Duty, which sees all motorists automatically sent an annual notification when their road tax is due.

If the government can send out paper reminders through the post for road tax, why can’t they do the same for the MOT? You can’t tax a car without a valid MOT, but if the MOT runs out before you tax the vehicle, you could be left vulnerable to a fine.

Just a money making scheme by the government.