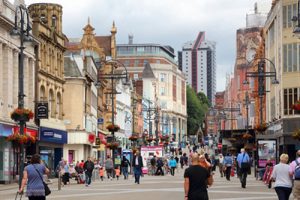 Leeds City Council has published its consultation plans for a category B clean air zone (CAZ) in the city centre, which will require HGVs to be Euro-6 to enter its central area or pay a £100 charge.

The CAZ will come into force in 2020 and will cover all roads within the Leeds outer ring road.

A charging scenario to mirror London’s Ultra Low Emission Zone (ULEZ) has been suggested by the council, however it said further work will be carried out to decide on the exact charging regime for Leeds.

A category B zone affects buses, coaches, HGVs, taxis and private hire vehicles, but does not bring cars and vans into its scope.

Leeds council is one of 28 local authorities across the UK that has been identified by the government as needing to take measures to meet legal limits on air pollution.

A report with the council’s recommended proposals will be presented to the executive board on 13 December, outlining a consultation plan on a proposed charging CAZ covering all roads within the outer ring road, with the motorways acting as the southern boundary.

Leeds said its proposal needs to allow the city to achieve national compliance levels within the shortest possible timescale, whilst also considering the overall impact on the city including financial impacts, inequalities, and displacement of emissions to other areas.

The key areas that the council will be consulting on are;

Councillor Lucinda Yeadon, Leeds City Council executive board member with responsibility for sustainability and the environment, said: “In Leeds ensuring that we improve air quality and therefore the lives of all the people living and working in the city is a real priority for us.

“To ensure we hit our air quality targets, we will need significant support from the government. A wide variety of actions will need to be taken, and for this we will need greater investment in alternative modes of transport and infrastructure to support the growth of alternative fuelled vehicles.”

The consultation period, which will run throughout January 2018, is to be used to further assess the barriers faced by drivers whose vehicles currently fail to meet compliance standards. The council will then present a case to the government on what extra support measures will be necessary.

Following the public consultation, a final report will be submitted to the government towards the end of summer 2018 for them to sign off on the final proposal for Leeds.

Leeds has already implemented a number of initiatives to boost air quality in the city, including trials of new technology and the development of a new transport strategy.

These include switching its own fleet to ultra-low or zero-emission vehicles: currently, the council has more than other local authority in England.

It is also developing compressed natural gas (CNG) infrastructure for the city to enable its own fleet of vehicles, including its RCVs, to switch to natural gas as well as enabling commercial fleet operators to benefit from using the site.

Leeds is also carrying out a geofencing trial as part of project ACCRA that will assess the operational ability of hybrid vehicles to automatically switch to zero emission mode when they are in an area of poor air quality.

In addition, it has secured £150,000 in partnership with clean cool technology firm Dearman to investigate the potential to reduce the impact of refrigerated transport on air quality in Leeds.

The transport refrigeration units used in such vehicles are usually diesel powered and are not subject to the same regulations as other vehicle engines. This project can demonstrate how NOx emitted from these units can be eradicated from the chilled goods supply chain.

In February this year, a Southampton City Council representative revealed hauliers may face charges of up to £200 when its own CAZ comes into force in 2019.