Amazon Package Delivery May Be Carried Out By Parachute 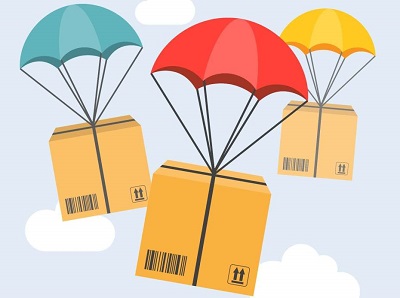 How does it sound to have a package delivered onto your porch from a hovering drone?

That’s the idea behind the new Amazon system. Instead of having the package delivery drone land in your yard, this system would eject the package from the flying drone, which could use pneumatic actuators, electromagnets, spring coils, and parachutes to generate the force that establishes the vertical descent path of the package.

This would save time and energy compared to having the drones land and take off again each time they deliver a parcel.

Amazon have been testing drone deliveries already in the U.K., and continues to apply for patents as it tests out the system.