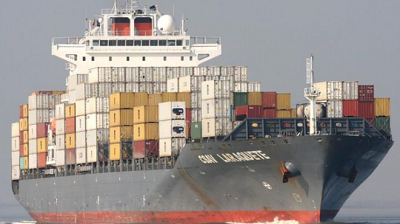 The invention of shipping containers

In the 1950s Malcolm McLean changed transportation forever with the invention of the shipping container.

McLean was an ordinary guy working as a truck driver for the delivery company founded by him and his family in 1935. During a delivery, to a port one time, he noticed the lengthy amount of time needed to deliver cargo to a vessel. What caused the delay? Port workers had to pass many small boxes from the dock to the ship. Because of the slow pace – he couldn't leave until his cargo was loaded and therefore couldn't get a new delivery order for his company. McLean decided to streamline this process by putting small in one bigger metal box which could reach the ship via a crane.was

He couldn't find enough resources to fulfil this idea for shipping containers, but after WWII returned to his earlier plan. He had seen that the military used a similar method: shipping a large volume of goods via ocean in big boxes, early shipping containers. In 1955 he sold his truck company for $25 millions, and founded a new one called McLean Industries. It was later renamed Sea-Land Service Inc. to highlight the company's delivery service on the sea as well as on the land. He invited a very talented engineer Keith Tantlinger and hired him as a Vice President. Keith created a first shipping container prototype, with metal body, corner fittings, and twistlock. The design was so good that more than 60 years later, we still use it.

Shipping containers found use in some unusual field, like containerized equipment. Used primarily by the army, but also for civil purposes, containerised equipment has proved its efficiency in different cases, like mobile data centers, or command and control facilities and even missile launchers.

Another way to utilise containers is to use them as storage facilities, or mobile medical cabinets etc. Shipping containers are increasingly used as full-sized homes. Recently this idea found even further development - a luxury hotel was built from shipping containers in Gudauri, Georgia.

McLean created an all-encompassing system which includes shipping containers, special ships (redesigned from large oil tankers), and the trucks that carry shipping containers via land. The shipping container is intermodal because they can be shipped by different modes of transport. The results were tremendous. In 1956, when the first shipping container was put into use, loading and unloading of goods cost around £4 per ton. When shipping containers became popular, the price dropped. Time needed to load goods dropped drastically. This made possible for ships spend 80% of their time in the sea, as opposed to 50% before shipping containers made loading much quicker. By the end of the 1960s, Sea-Land operated in more than 30 ports with 36 ships and more than 27,000 shipping containers. In 1999 Sea-Land’s international services were bought by Maersk and new company was called Maersk Sealand (now Maersk Line). In 1982 Fortune Magazine included Malcolm McLean, father of the shipping container, into its Business Hall of Fame. In 1995, American Heritage Magazine named him one of the ten innovators of the past 40 years. Most people take shipping containers for granted – but they truly are a modern marvel.