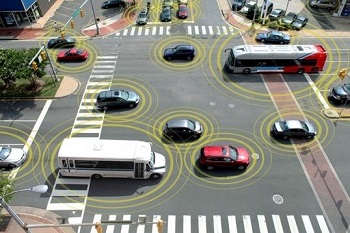 Autonomous cars are on the way, here's all the info you need to know about the future of driving

The world of self-driving autonomous cars is only around the corner, and companies across the globe, from car makers such as Tesla, Audi and Nissan, to tech firms like Google and Aurora are spending millions to get the technology on the road. While the research and development is continuing at speed, what will it mean for the man on the average UK street?

Will it see a shift in jobs and work culture? What happens in a crash? Is there even a market for self-operating cars? And how will legislation be changed to make self driving cars compatible with UK roads? Auto Express has investigated the world of autonomous tech to bring you the answers about the cutting edge of mobility that could change the way we use vehicles in the same way as the automobile superceded the horse at the start of the 20th Century.

Whatever happens, car makers and technology firms are determined to get autonomous tech onto our roads. At the moment, vehicle development is taking place with specially built vehicles that are loaded with computers and software to process the information gathered by the numerous sensors and cameras mounted on the car. On board, there's at least one engineer who will be checking all the systems are working correctly, while all current autonomous vehicles must have a manual override button so that the engineer can take control at any time.

As a result, all current autonomous cars feature a conventional steering wheel, gearbox and pedals set-up as you would find in a regular car. In the future, the plan is that even these will be eliminated on fully autonomous vehicles - you just simply climb aboard, set your destination and let the electronics do the rest. That's the final vision that companies have, although the road to that outcome is still pretty long, even if some firms believe they will have full autonomy on the road in less than three years' time.

The UK is one country that is leading the way for autonomous cars. The Driven group is a consortium of British tech companies that is pioneering research into autonomous cars. At the moment, driverless car testing is currently concentrated in small urban areas and city centres, but it has unveiled plans to test a fleet of autonomous vehicles on motorways by 2019. The cars will aim to drive entirely on their own, although a human driver will be present to take over control if needed.

The Government has previously stated its ambition to become a "leader" in autonomous tech and is pouring hundreds of millions of pounds into trialling and developing driverless tech in conjunction with carmakers. However, while the road to an autonomous future is looking clearer each day, there are still many questions that need to be answered, and there are even more questions created with the ongoing development of the technology.

Today’s cars are already advanced, with technology that would have seemed unlikely even 10 years ago. A plethora of cameras and radars is fitted to monitor hazards ahead and Autonomous Emergency Braking (AEB) systems can apply the brakes in case of a potential crash. Lane departure tech can keep a motorist on track if they stray while not paying attention. Importantly, though, the driver remains in full control. Some cars like the Volvo S90 have low-speed driving assistance systems that drive the car under 30mph and control steering, acceleration and braking at up to 80mph. However, the driver must keep their hands lightly on the steering wheel at all times to continue.

The first real landmark on the autonomous roadmap will be in 2018, when cars will become a lot smarter with more advanced driver assistance systems, including “hands-off driving” on motorways, as permitted by regulations. Drivers will remain responsible, though, and will still be expected to take control in case of unexpected circumstances or if the technology fails. They will be able to take their hands off the wheel for around three minutes at a time, but after that the system will warn them to place their hands back on the wheel. If this doesn’t happen, the system will cut out and the car will manoeuvre safely to a stop.

The start of the next decade will see big changes with moves to full autonomy. There will be pre-defined sections of motorways where the car is able to take complete control and allow drivers to carry out other tasks like reading a book. The car will use a raft of sensors, including radars, cameras and lasers, to build a picture of the road environment ahead. It’ll be able to safely steer, brake and accelerate on its own. When off the motorway, these cars will be fitted with very advanced assistance systems to aid drivers when they are in control.

Experts suggest that by around 10 years from now, a car will be able to drive itself fully from door to door without a driver needing to touch the wheel. This will include driving on motorways and in city environments that feature traffic lights, junctions and roundabouts. Cars will be connected wirelessly to each other and communicate with the road infrastructure to make decisions on traffic and journey times. It’s likely a steering wheel will still be present, however. Beyond 2025, it’s feasible we could see the first vehicle with no option for a driver to take control at all.