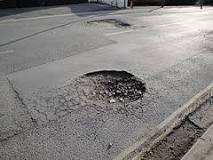 RHA has demanded that councils “get their act together” and stop scapegoating UK hauliers for road damage in a bid to cover up their own failure to maintain their roads infrastructure.

It follows a report from the Local Government Association (LGA) last week that claimed rising numbers of HGVs were pushing the state of the UK’s local roads “over the edge”.

Pointing to government figures that reveal HGV-transported goods rose 5% last year, the LGA warned motorists to “brace themselves” for a surge of potholes.

It said HGVs “exert massively more weight on road surfaces than cars, causing them to crumble far quicker” and warned that the rise in HGV numbers, combined with lack of funding, “could push our local roads network over the edge”.

However, RHA chief executive Richard Burnett hit back. “Many of our worst roads have little or no HGV traffic while many of the best are used by HGVs all the time.

“Local authorities have failed to maintain their infrastructure. Maintain roads properly and repair them after the installation of pipes and cables, and there will be little problem with pot-holes. Failure to do so will see problems multiply, along with the cost of repair and associated congestion,” he said.

He added: “Road hauliers move 85% of the UK economy, delivering food, clothing, houses and jobs. The roads are their main place of work and the industry is doing its job. We expect infrastructure providers, working with central government, to get their act together and do theirs”.

“Our lorries now are no more damaging to our roads than they have been for many years, in fact quite the opposite. However, the damage to vehicle suspensions and tyres as a result of poorly maintained roads costs the haulage operator thousands of pounds each year”.