The Future Of The UK’s Courier Industry 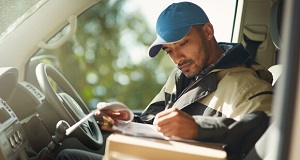 Here we take a look at the contributing factors to the courier market’s success – whilst also touching upon the issues that could hold the industry back.

December 2017 was the courier industry’s busiest week of the year, the average distance travelled by couriers was up by 20 percent. The UK’s delivery system has been on the rise for the past few years, especially with the rise of online shopping.

Parcel deliveries increased by 12 per cent to 2.5 billion in 2016. With expected growth to continue in the period 2017 to 2021, a compounded annual growth rate of 10 per cent has been predicted — meaning the market could potentially be worth a substantial £119 billion by 2021.

The rise of online shopping

In 2017, online fashion sales in the UK reached 16.2 billion. By 2022, this figure is expected to grow by a huge 79 per cent. Compare this to a poll which found that 50 per cent of retailers had experienced a drop in in-store sales and it’s clear that digital offers the greatest area of opportunity for fashion retailers – but the success mirrors across more than just the fashion industry. The majority of e-commerce websites are experiencing growth in demand, sales and delivery, which is a large contributor to the growth of the UK’s courier service too.

With the introduction of next day delivery, same day delivery and weekend deliveries, ordering products online for delivery has never been more convenient. A wider range of delivery options to consumers has provoked an explosion in demand, making the e-commerce market more diversified. Currently, B2C deliveries make up 42 per cent of the UK’s parcel market, and it is expected to continue to rise – at a faster pace than the B2B market.

The risk of sick days

In 2017, many self-employed couriers reported that they can be charged up to £250 per day if they take a leave of sickness. With the rising demand of quick delivery services, many couriers can deliver around 80 parcels per day – each of which are scheduled in per driver per day. But what happens when one courier driver is unexpectedly sick? Who then does their deliveries that day? According to courier companies, charging self-employed couriers covers the cost of hiring in a last-minute replacement from agencies.

With the continued rise in offering next day delivery, customers expect to have their parcels the following day after placing an order. In 2014/15, 56 per cent of all domestic deliveries were made via next day delivery. The speed of delivery has become increasingly important to consumers, meaning most major delivery companies now offer next day delivery to their customers, and a small selection even offer same day.

As demand continues to grow, delivery companies are aware of the need to meet delivery expectations. This is why they require appropriate cover in situations where deliveries are at risk of running behind, and they can’t provide the service as offered.

Big courier companies have experienced a bit of a wobble following recent news that Amazon plan to launch their own parcel delivery system. Following the news of ‘shipping with Amazon’, shares in delivery companies have tumbled. Originally launching in the USA in the coming weeks, if successful, it will become available in the UK. This will put pressure on one of the UK’s biggest courier services, and current Amazon shipping partner, Royal Mail.

Designed as a box-shaped robot, the robotic ‘postman’ can open smartlocks on doors and deliver parcels any time of the day – even while you are out of the house. In the form of small autonomous ground vehicles, the robotic postmen have a storage compartment for the parcels, which can also be refrigerated for grocery style deliveries. Furthermore, they can also deliver and collect parcels in general out of office times – between 2am and 6am, for example.

The AGVs may be owned by individual users and/or may service a group of users in a given area (e.g. in an apartment building, neighbourhood, etc).

The AGVs may travel out to meet a transportation vehicle, and may line up in a particular order.

After items are received, the AGVs may travel back to deliver the items and may be equipped to open and close access barriers.

Up until now, the parcel market has continued to see significant growth, with a high proportion of their success attributed to the rise in online shopping and an increase in desirable delivery options. However, with some companies under scrutiny for their treatment of workers, and with new delivery developments, the industry could be faced with increased pressure in the coming months and years. Is the success of e-commerce enough to keep business booming?